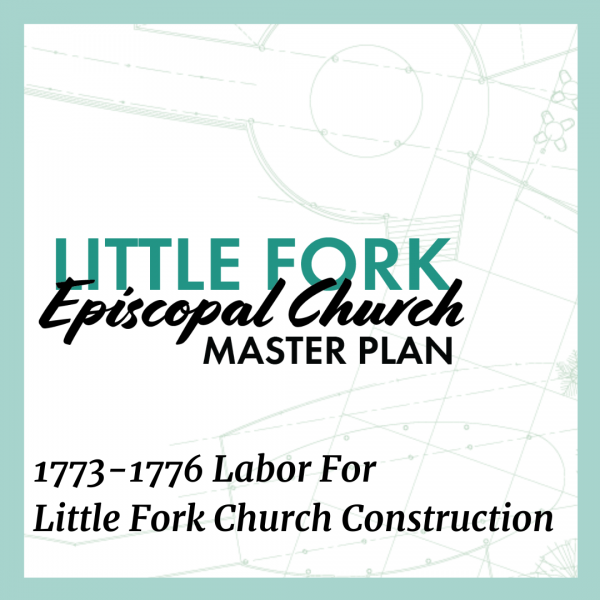 The Little Fork Church was constructed over three years 1773-1776. The Church, in what was St. Mark’s Parish, was closely associated with the Germanna Settlement through the Rev. John Thompson.Given the extensive use of enslaved persons in Virginia during the 18th century it is certain that slave labor and building skills were a major component of the construction of the Little Fork Church.

Because of the aforesaid association of the Church and the Germanna Settlement, some German tradesmen might have been engaged in the construction of the Church, but not as indentured servants. Virginia Colony Lt. Governor Spotswood did use indentured workers brought to Fort Germanna in 1714 and 1717, but there were no indentured servants in this area when the Little Fork Church was constructed. German settlers in the area completed their respective indentures long before 1773, and were free men and women without indenture obligations.

Edmund S. Morgan, an eminent authority on early American history and distinguished Sterling Professor of of History at Yale University, noted that by 1705, and with the passage of “An act concerning servants and slaves”, slavery was well on its way to completely replacing indentured servitude as the primary source of bound labor in the Virginia Colony.