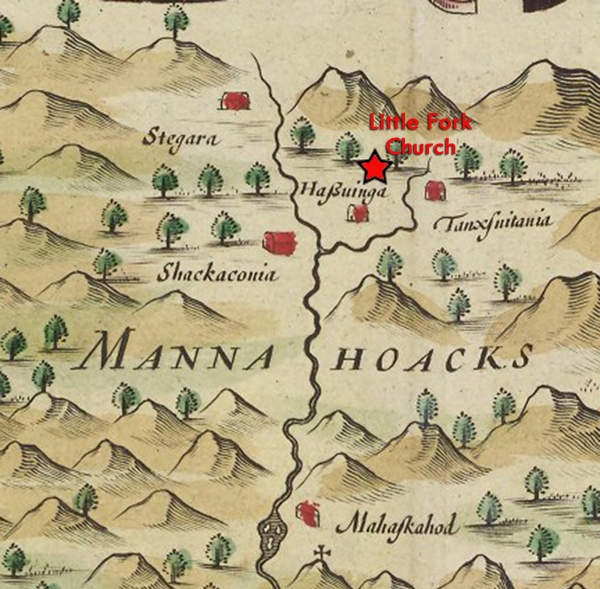 An important part of a Master Plan, particularly for an historic property, is understanding how the landscape evolved over time. What happened in the past to shape the land we see today? What important events took place on or near the site? This historical context informs decisions about incorporating new features into the site without losing the character that makes the property so special.

In this first in a series of three articles, we’ll discuss Native Americans that inhabited the Culpeper region. Much of the historical focus regarding Little Fork Church revolves around the building’s architecture and the Revolutionary War-timeframe. Yet, for hundreds of years before European settlers first arrived in the Culpeper area, Native Americans occupied the region.

The Manahoac people farmed corn, beans, and squash and hunted deer, elk, and small game. Archaeologists think that the Manahoac may have buried their dead in mounds, much like the Monacans. Burial mounds were common during the Late Woodland Period, could reach up to 20 feet in height, and contain hundreds to a thousand individual remains. The closest mounds to Little Fork Church are the Rapidan Mound and Jefferson Mound.

By the time St. Mark’s Parish was created in 1731 and the first Little Fork Church built, the Manahoac people had either been forced westward by competing tribes and European settlement or assimilated into other tribes such as the Monacans. The Monacan Indian Nation still exists today and is headquartered in Amherst County, Virginia.