Native Americans At The Little Fork 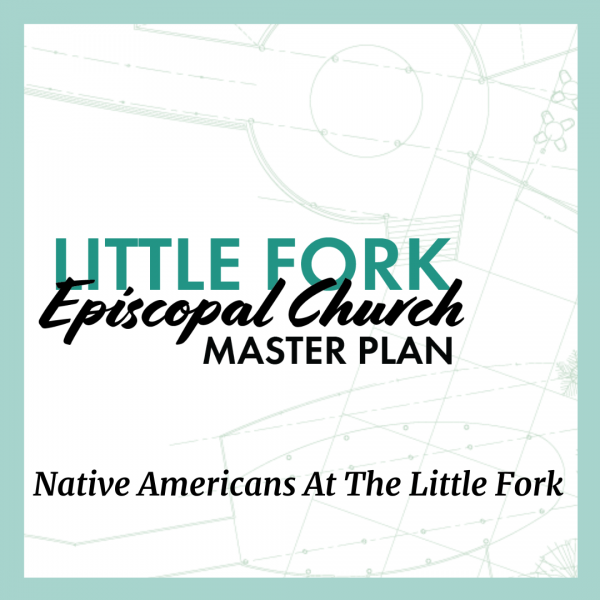 THE CHURCH IN THE FORK: A History of Historic Little Fork Church records that in 1979 fifteen acres north and east of the historic core of the Church were acquired from the Seiter family. This property includes an unusual earthen mound. We know that the Manahoac tribes resided in this area of Virginia before English settlement and the building of burial mounds was a practice of at least some of these tribes.

A quick visit to Wikipedia suggests that the Manahoac, also recorded as Mahock, were a small group of Siouan-language Native Americans at the time of early European contact. They numbered approximately 1,000 and lived primarily along the Rappahannock River west of Fredericksburg and east of the Blue Ridge Mountains. These Northern Piedmont tribes seemed closely associated with the Monacan Confederacy. The Manahoacs disappeared from the historical record after 1728.

In 1608 English explorer John Smith encountered a group of Manahoac above the falls of the Rappahannock River. SeveralManahoac villages, including Tauxuntania (numerous different spellings), were referenced in 1624 John Smith expedition maps.. One of John Smiths Indian guides (Amorolek) advised Smith that Tauxuntania was upstream of the Rappahannock River confluence with what we now call the Rapidan River, between modern day Remington and the Waterloo bridge.

The draft Master Plan recommends a “spiral walk to the summit of the mound”. The Plan is not proposing any excavation or topographic change but a contemplative seating area or “Peace Pole” is suggested for the mound summit. The use of ground penetrating radar should be completed before this spiral walk is implemented in an effort to discern the nature of the interior structure of this stand alone mound.